Russell worked on a large scale project building mobile training content for teachers in the Maharastra region in India. This was a joint project between the British Council and the Maharastra Education Authority.

An EU funded project worth 1/2 million Euros. Russell was the instigator of the project along with Armin Hoffman and Joel Josephson. VideoForAll provides support to teachers interested in using video in their language classes.

A large project delivering on-line teacher training to teachers all over China. The project was initiated by the Chinese Ministry of Education who contracted the support of the British Council. Russell had a pivotal role in choosing the service providers, providing training to the core teacher trainers and advising on software and delivery technologies. It included several visits to China. 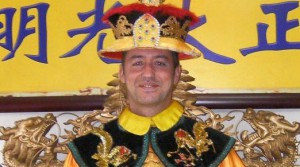 Russell helped to build the  module in Autonomous Learning for the Norwich Institute for Language Learning on their master level course in TESOL. The course content was built in MOODLE using a range of tools including Techsmith Camtasia, Photoshop, SNAGIT as well as some video editing and filming. These courses are affiliated to Chichester University

Over a period of 2 years the British Council provided additional support to their on-line learning project through Facebook.Working under the umbrella of the NILE organisation, Russell evaluated the impact of the course, travelling to Chile to meet the managers, students and teachers and conducting interviews and completing questionnaires. He then published a report submitted to the British Council in Chile that evaluated the impact of the course.

JISC-Open Educational Resources round one 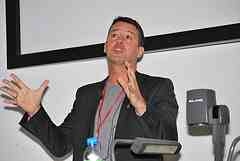 One of the first large scale projects that Russell was awarded. In 2009, he received over £40,000 to develop Open Educational Resources for a JISC/HEA funded project. Known as JISC OER round 1, it was a highly successful project which generated a lot of media interest.

Using the prize money from 2 of his awards, Russell expanded www.teachertrainingvideos to become one of the most successful technology CPD sites for teachers. Consistently receiving around 300,000 visits a year the website has been included in a range of studies and projects and has been used as a model for open CPD delivery. More than 2 million teachers have visited the site since 2007.